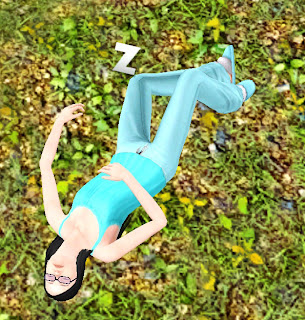 Many people think that their Arleneus angeli is dead when it is simply molting and dispose of the gastropod while it is still alive. The Arleneus angeli will usually bury itself in the sand or plop on the lawn for days or weeks when it begins to molt. It must leave its shell to molt, and at that time it will not move and may appear to be dead. You can tell very easily whether your gastropod is molting or dead by the pungent smell it emits.

Other events in the Event Museum: 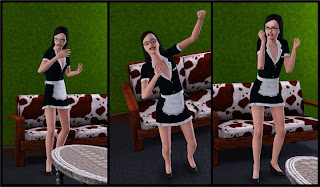 Because the museum will be the first stop (October 29) on Liz Gallagher's virtual book tour, the curator has decided to host a practical blog-cleaning exhibition. The museum guards are so excited about Liz's first full collection, The Wrong Miracle that they have decided not to leave for their summer vacation in order to stand under the sun and badger people with lines from the book, like Your bedroom is roped by genuflecting visitors or I have a hunch and it has nothing to do with the price of eggs. The French maid outfit is courtesy of Sims 3 and the professional playing Sims 3. 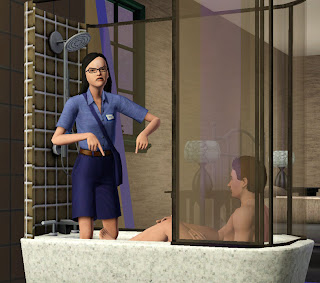 Six Sims-illustrated poems explore the continuing impact of a widely distributed game on lobster thermidor recipes around the world. Despite countless exposures of the video game as public drunkenness, the desire to actually live among cow-inspired furniture has retained incredible influence on poets and udder people with extra-long acrylic noses. Today, technology has made the sim-self available to anyone with Internet access, and it continues to be circulated by those who promote rabbit head keychains, experimental drugs, and even cave art.

• If I Had An Eye Patch, I'd Give You My Eye: Fourth Floor, The Cerise Press Room

Homo sapiens with eyes have always been considered the most interesting of species ever to land on Earth. Since the climb down trees, they have recorded centuries of self-captivity in all its richness and diversification. This selection by the Cerise Press editors shows every aspect of the performance process from the eye-extraction program to the latest in eye-patch fashion. It also demonstrates a range of techniques, from approximative translations to orphanage development and includes some of the best eye owners in the business such as Patricia Fargnoli, Tess Gallagher, Diane Gilliam, Ray Gonzalez, James Harms, Laura Kasischke, Robert Kelly, Karen An-Hwei Lee, Éireann Lorsung, John Minczeski, Nate Pritts, Natasha Sajé, Susan Thomas, David Welch, and Eleanor Wilner.

• Things She Told the Rooster Before It Became Glass: Sixth Floor, The Holly Rose Ballroom (June 2009)

The Passion Collection includes fragments of objects. These are often secretive, demonic and revealing in their own right. On first becoming infected, like for example with swine flu, we often wonder what we are. By examining a detail we can understand more about the whole survival of the self, what completes it, and from which source it sprung. This display showcases passion and examines the art of turning it into blood.

This display reveals the never-before-released whereabouts of the postwoman when she stops delivering mail (insert cow). The RM's outstanding collection of psychiatric studies features classics like Heather Momyer's Even Boys Dream Dreams that Bunnies Can Dream and Justin Hyde's lost & hung-over on a pre-dawn gravel road with socks but no shoes.